Pet of the Month for August is … Luna!

Luna is a beautiful two and a half year old pet rat. Her owner became aware of a lump on her abdomen and Jeremy recommended to have it removed. The lump turned out to be a mammary tumour. 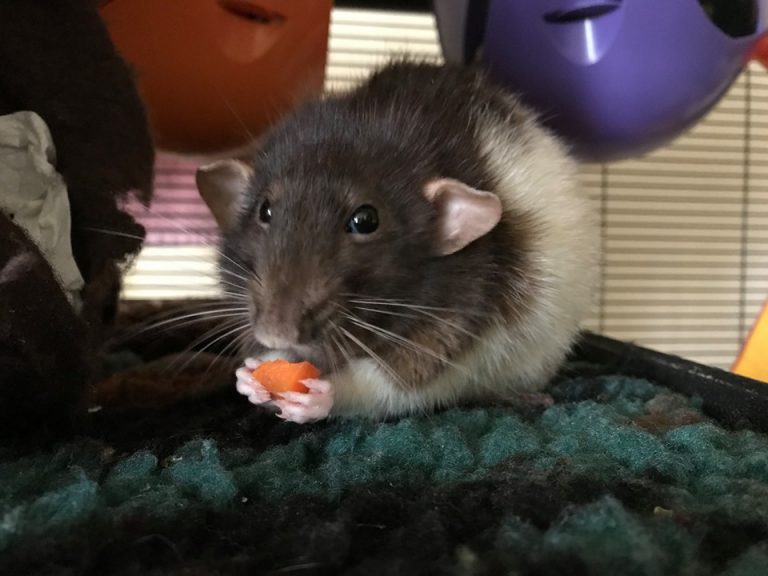 Mammary tissue is extensive in rats and is found running from the shoulder and chin area to the base of the tail. Tumours are most often seen at the pit of the arm, abdomen, and groin of female rats. They can occur at any age but they have a higher occurrence after 18 months of age. These tumours may also occasionally present in males as well.
Although most mammary tumours in rats are benign, if not treated they will continue to grow, becoming quite large, and measuring from several millimetres to several centimetres, even to the point of encompassing up to half the body weight of the rat. Eventually they will not only start to impinge on other organs, but also inhibit the rat’s mobility, resulting in difficulty grooming, and interfere with the rat’s ability to feed itself.

Early removal of the tumour, even if malignant, can often extend the rat’s life.
We’re happy to report that Luna is doing well at home and enjoying being free of her lump!

We and selected partners, use cookies or similar technologies within this website. You can consent to the use of such technologies by closing this notice. OK
Go to Top